Day 1
Wednesday 13.1.2010 was not a usual Wednesday morning but it was similar to recent days. Snow had been laying for over 3 weeks and we had another 5-8cm fall on Tuesday night so the Primary school was shut yet again due to dangerous roads & pavements and broken heating. My work was open however, so Dunk decided to work from home to look after boys and we decided there was little point dragging Owen up and out to trek Ryan across to his school as the conditions were not safe so we let them sleep in.
I had a leisurely breakfast and left for work early as the roads were very slushy and icy. I got to work on time but very few children had yet made it to school so I put my bag and coat by and sat down to sort out the readers I was going to listen to that day; it was 9:05am and my phone rang. “oooppps, sorry Mrs H-P I forgot to put my phone on silent”.
The actual phone conversation is somewhat hazy at this point by it went something like:
Dunk – “COME HOME! VAN HIT HOUSE”
Me – “OMG, ARE THE KIDS OK?”
Dunk – “YES”.
Phone goes dead. I burst into tears........
To read the rest of what happened over the next 6 months visit:

This episode had a huge impact (every pun intended) on all our lives. We all suffered from a period of depression and it set Ryan back massively. Just when we had come so far and he had settled so well into his new school. 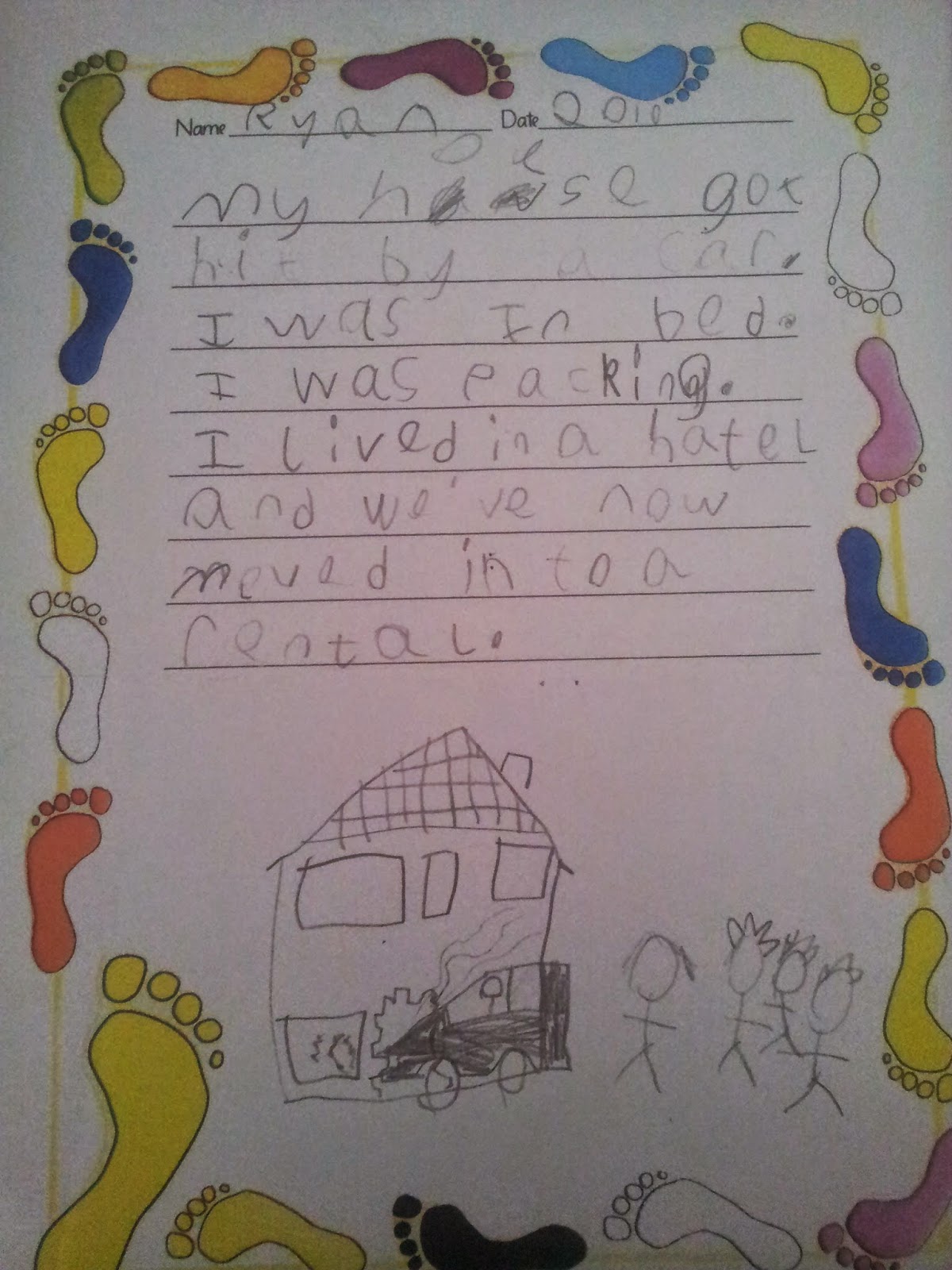