Has Autism or Is Autistic?

Does Ryan have Autism, or is Ryan Autistic? That is the question.  Having Autism suggests an illness, something that can be medicated or even cured. Having Autism indicates an illness or condition that has occurred during Ryan’s life or something he has caught.

Now I would not say my friend is depressive, but I would say Dadi Skilts is diabetic and I would say and do say Ryan is Autistic.  I absolutely believe Ryan was born Autistic, it is not something that developed after he was born, which is why I choose to say Ryan is Autistic.  It is part of him, part of his ‘make-up’, part of who he is just as his brown hair or blue eyes, or being right or left handed.

The reason I say Dadi Skilts is Diabetic is because it has changed his make-up. It can’t be cured; it is now part of who he is. Those that have type 2 diabetes are different though because it can generally be cured with very careful management of diet and/or tablets.

Another question: Does one suffer from autism? Ryan finds life exceptionally difficult to cope with, he has certainly suffered from discrimination, bullying and abuse; but don’t we all suffer at some point in our lives?  I have Hypermobility syndrome. I have suffered and do suffer greatly from pain, injury and the abuse, bullying and disbelief that it is even a real problem/condition.  My friend I am sure would agree that she suffers from her depression. It can be truly debilitating and she has suffered dreadfully from stigma and ignorance of the condition. 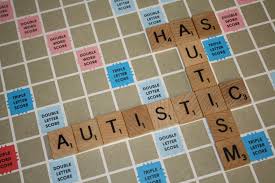 From Ryan: Either sentence would work for me. It doesn’t bother me at all which either one is used to describe me. Do I suffer though? No. It is not a suffering. I don’t generally tell people about my Autism, because they don’t need to know, but if they want to know I will tell them. I didn’t know my friend was Jewish until we took him to McDonalds and he said he couldn’t eat pork.
Email ThisBlogThis!Share to TwitterShare to FacebookShare to Pinterest
Labels: ASD, Aspergers, awareness, depression, development, Diabetes, feelings, illness