What Would You Do?

Having seen this pop up in my feed several times now on Facebook http://argument.viralnova.com/autistic-boy-restaurant/; I have not wanted to watch it as I knew it would be too upsetting for me to view because we have been that family. We have been abused for taking Ryan out in public. Many times we have given up mid meal and gone home. Sometimes we have not made it to even order. I remember one particularly disastrous evening in a lovely well known chain of American style restaurants that we arrived to meet Dadi Skilts from work for a special family meal for I think Owen's birthday and even as we sat down at our table Ryan started having a meltdown. We were trying to look at the menu to choose our orders but Ryan was becoming increasingly distressed to the point we were ready to leave, but Owen then had his turn and to be honest rightly so. He said to us "Why do we always have to leave because of him? I was really looking forward to this treat and it is for me for once, why can't he do this for me?"

Now anyone who knows the difference between a tantrum and a meltdown, (see my previous blog post here on Meltdowns) it simply isn't something you can turn off. By this point Ryan was already at the top of the curve so I made the only decision I could. I took Ryan home while Duncan and Owen got to have the opportunity for a meal out and that is how it has been for most of Owen's life. Split parenting. Tag teaming that Owen gets Dadi or Mami time on a rota. 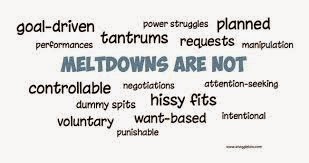 Tonight I watched the link it and did cry but out of surprise that the ignorance they and we have experienced is in fact a minority. Surprise and hope that people do care and do understand. ♡

I can confirm from experience that it has got better with Ryan. He has learnt some coping mechanisms and is now better at beginning to verbalise when he is feeling stressed by a situation. I too am tuned into him and can tell when his is building I have learned to recognise his cues. I also pre-warn the restaurant and pre-arrange a set menu that I agree too with Ryan. I prepare Ryan for the visit before hand.

Another globally known American fast-food restaurant had a refit of their premises in a town local to us and we went to have a nose and see what it was like. Lovely as its attempt was even I found it rather busy/fussy and really quite noisy. Ryan really didn't cope with it. I actually emailed the company once I was home to offer them some feedback and plead that they didn't make the changes standard across all the branches. They fortunately haven't made any other changes to date. 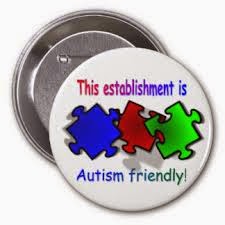