The calm after the storm

I am so pleased that our previous blog post ‘X-box Meltdown’ has generated such a positive reaction and lovely comments. I had ended the post with the comment that I needed to find a hobby for Ryan that was as unique and individual as he is himself.

One of the suggestions we received was to try Scouting. We actually tried Beavers when we first moved to Wales. The first group we tried told me they were not able to take on a child with Autism or any other differbility as they did not have the staff to support him. The second group we approached were fortunately far more welcoming and accommodating and they tried their very hardest to include Ryan, unfortunately it was too much for Ryan to cope with at such a young age, while we were all still learning to live with his diagnosis of Autism, that he eventually finished attending.  He is a creature of habit and comfort and as much as his older brother and dad love to go wild camping, Ryan and I are of the same mindset that we prefer the warmth and sanctity of home. Scouting is not for him.

Another suggestion we received was to try horse riding. Now this particular activity has not generally been advised for those of us that have Hypermobility. Myself and my eldest sadly suffer badly from Hypermobility syndrome, Ryan thankfully doesn’t appear to suffer too badly, however the movement generated from the action of horse riding can put an incredible amount of pressure and strain on our already weak joints and the danger of injury from falling is greatly increased for us also due to greater possibility of dislocations, tears and fractures. This idea too was therefore politely declined. 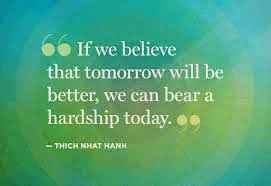 Since the meltdown episode at Easter things have been different for us all as a family and especially for Ryan. Even school have commented positively on the change that they too have observed in him. Think for a moment if you will please of a volcanic eruption. They are spectacular and completely devastating but once the lava has ceased spewing and then cooled there is a serene sense of calm and beauty. The soil is once again rich in nutrients and you quickly see new growth take root and bloom. This analogy perfectly describes and sums up Ryan’s most recent meltdown. A different child has emerged from the rubble and dust. He is calmer, more communicative, and more confident in himself. Not only was the meltdown an explosion of an obviously immense build up of pressure, frustrations and hormones; it seemed though to reset his hormonal balance and clear away a myriad of negative energy build up. How long this new clam will last is anyone’s guess, as new pressures begin once again to slowly build, but we are seizing the precious time we have nurturing all the rainbow of light that this newly established calm has so far produced.  We will explain more on what those new outcomes and changes are in the next post...Sabastion’s Story.