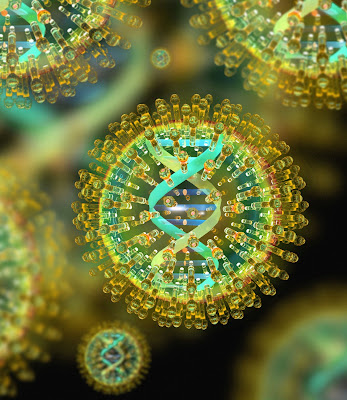 Ryan's lymphoma is being driven by the Epstein-Barr Virus which causes glandular fever. The EBV invaded his T-cells whilst he had Glandular Fever and turned them cancerous causing dysplastic lymph cells to grow in his throat resulting in a soft tissue tumour forming.
The good news at the start of cycle 4 was that his EBV plasma readings had come back as zero for the 2nd month, which tells us that no more cancerous cell are being made in his bone marrow. There are still EBV cells in his blood so hopefully this cycle and next 2 cycles will finish killing off the cancer cells that are still in his blood. Ry will be given remission status when the EBV plasma has been zero for 6 months and still faces at least two years of maintenance ahead after the six chemo cycles have finished.

The week of SMILE chemotherapy went well although he had some impressive fluid retention on day 4. This can be a sign that that kidneys are not working as well as they should be, so he has had some extra tests to make sure everything is working as it should be.


We had only been home for 2 days when Ryan went routinely to the toilet and I heard him swear from downstairs. I ran up to him and he asked me if it was ok that his pee was dark green. Please don't judge me when my first response was to giggle before I then reached for my phone to text his oncology nurse. It is another sign of kidneys being a bit tired and we were advised to ensure he drinks plenty to wake them up a bit.


Things took a bit of a turn though a week after getting home, when Ry developed an infection which unfortunately hospitalised him as he didn't have enough immunity to fight it without a bit of help. What we expected to be the usual standard 48 hours of IV antibiotics turned into an ambulance transfer to Teenage Cancer Trust unit at Cardiff hospital for a 10 day course of IV antibiotics and a unfunny time with non diabetic hypoglycemia that no one was initially able to work out why. 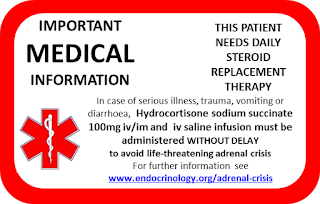 After numerous test and several days on a glucose drip Ryan was diagnosed with steroid induced Adrenal Insufficiency, I was given training on how to treat the new addition to Ryan's health list and we were finally allowed to go home after a 13 day stay, for a weekend break before chemotherapy Cycle 5 and the onslaught begins all over again.

I will cover more detail about the adrenal problems in a separate post.