There are only two times when I feel stressed:

This was the shape of things to come over the next 3 years. I spent more time at the school dealing with Ryan’s inability to cope and increasing violence (he had just turned 4) than I did at home. I was frightened every time the phone rang, dreading what had happened this time and became increasingly embarrassed each time I turned up at the school to find out what he had done this time. We were the 'English family' in a small rural Welsh village.  Everyone knows everyone and everyone talked about everyone.  Ryan had quickly become top gossip.

Dadi Skilts & I slept on different shifts and often in different rooms as Ryan had no need for sleep. Sleep was for the weak. DS & I became a formidable tag team of good cop/bad cop and had to synchronise our cycles to be sure we didn’t PMT at the same time. (Permanently Meltdown Together). We learnt restraint techniques as Ryan was becoming bigger and stronger. To be honest the 3 years, 2005-2008 are pretty much a blur of tears, tantrums and sleep deprivation, from us as well as Ryan. We all simply struggled. 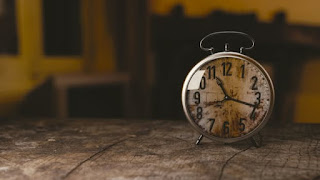 Then a new headmaster started at the boys primary school. A young man in his first headship; he cared and understood. He was the first person I had met that didn’t think all Ryan’s problems were down to bad parenting as we had been led to believe thus far. He had a young Uni’ friend who had an interest in and was specialising in young mental health. He asked me if I minded Ryan meeting him. Minded? Why should I mind. Everyone else thought he was a freak show so why not parade him in front of a few more. Seriously though, this was the beginning of a long road to finally discovering that Ryan is in fact Autistic.
Email ThisBlogThis!Share to TwitterShare to FacebookShare to Pinterest
Labels: Aspergers, mental health, school, Special Needs, stress